Last week, Xiaomi released it’s latest flagship devices, the Note. Given the devices size and Xiamoi’s reputation of perceived Apple design mimicry, the Note is being referred to by many as a rival or competitor to the iPhone 6 Plus. Well, all talking aside, let’s take a look at the specs of both the Xiaomi Note and the iPhone 6 Plus. 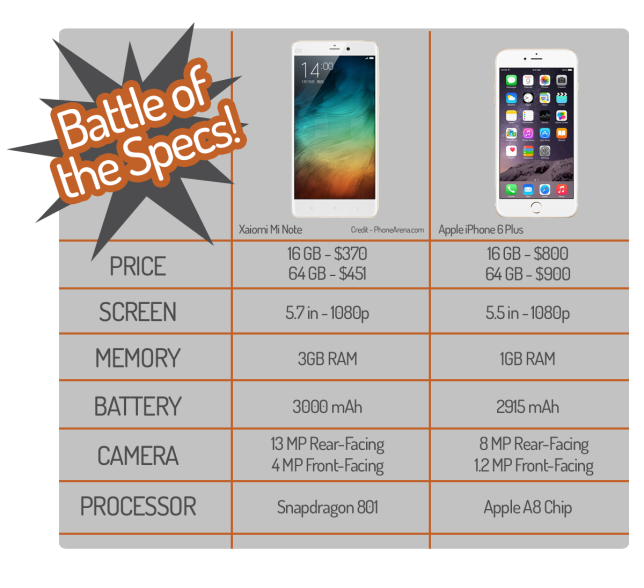 On paper, the Xiaomi Note takes the cake when it comes to specs. We all know however, that Apple is infamous for marrying internals with software to create a consistent user experience. It’s worth mentioning that in addition to the Note, Xiaomi also announced the Note Pro. This bad boy is boasting a Snapdragon 810 Processor, 4GB of RAM and a 2K – 1440p display. That’s a whole lot of phone.

Without comparing the two side by side, it’s hard to say which device will lead the way in performance, but as far as design and UI they’re both great devices. The only downside to the Xiaomi, of course, is that unless the place you call home happens to be Asia, you won’t be getting your hands on the device any time soon.