Hey, thanks for stopping by! HOOKD.in is a site dedicated to technology and advertising, where you can find articles including news, reviews and how-tos. If you like staying informed about recent product releases, tech conferences, software and apps, as well as brands of all sizes and their marketing campaigns, stick around – you’re sure to find something here you’re in to!

END_OF_DOCUMENT_TOKEN_TO_BE_REPLACED

Father’s Day may have come and gone, but the feels from Dove’s #RealStrength campaign is still in full effect. Starting by airing the first spot during the Super Bowl, the campaign focuses on how men can show their real strength in how they care – how they care for others, and an even larger focus on how they care for their kids.

The latest spot for the Men + Care #RealStrength campaign centers around the moment that men find out they are going to be a father for the first time. After spotlighting the emotion of these real men, the ad displays on-screen copy that states “Real strength means showing you care even from the very first moment.”

END_OF_DOCUMENT_TOKEN_TO_BE_REPLACED

For almost a century, General Electric (GE) has been a client of BBDO, the “second largest global advertising network” and “most awarded advertising agency.” Now, I haven’t been around for a century, but if there’s been one company/agency pairing that has caught my eye recently, it’s GE and BBDO. 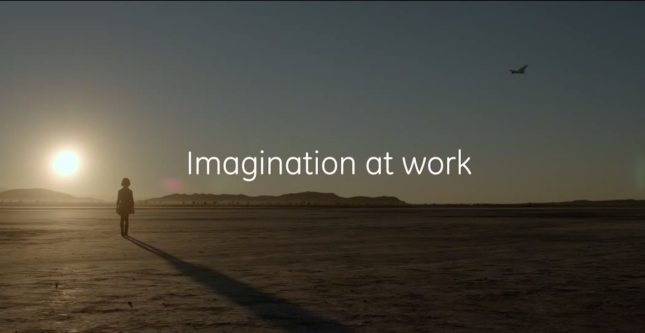 Let’s put it this way. GE and BBDO make magic together. The way they turn the image of a company that dwells in the midst of a sort of dull and under-appreciated industry, into this awe-inspiring, imaginative “being” for lack of a better word, is truly impressive to me. Recent t.v. spots such as Ideas are Scary and Childlike Imagination – both part of their “Imagination at Work” campaign – and others such as The Boy That Beeps, do such a good job conveying a message of inspiration and innovation that personally, it doesn’t matter what they do/make – I just want to work with them and be a part of something bigger.

I love these ads. End of story! Take a look below at the ads mentioned above.