Hey, thanks for stopping by! HOOKD.in is a site dedicated to technology and advertising, where you can find articles including news, reviews and how-tos. If you like staying informed about recent product releases, tech conferences, software and apps, as well as brands of all sizes and their marketing campaigns, stick around – you’re sure to find something here you’re in to!

END_OF_DOCUMENT_TOKEN_TO_BE_REPLACED

With Apple’s new Macbook having been in the hands of some of the industry’s leading reviewers for a couple of weeks, and now that you’ve gotten to hear what they have to say, you may have come to the harsh realization that although thin, light and beautiful, it may not be right for you. Well, chin up, Sunny – You’ve got options. When it comes to laptops, there are plenty of fish in the sea so to speak, and the ASUS Zenbook ux305 is looking quite tasty.

END_OF_DOCUMENT_TOKEN_TO_BE_REPLACED

One of my favorite network television shows over the course of nearly 2 years now has been none other than NBC’s The Blacklist. Starring the witty James Spader as Raymond Reddington, Megan Boone as Elizabeth Keen, and Ryan Eggold as Tom Keen, The Blacklist has kept me hooked with a strong and mysterious storyline, suspensful action sequences and a budding relationship (platonic) between protagonist and antagonist.

END_OF_DOCUMENT_TOKEN_TO_BE_REPLACED

So, as promised, here is the second installment for the 10 Free, but Awesome Android Icon Packs. Add these to your Android device to spice things up a bit and to give your phone a refresh.

As you may have guessed, Min is a minimalistic Android icon pack that features solid white icons, but using only “the meat” of the icon. No circles, no squares, just icons.

Another, flat, circular icon pack (noticing a trend here?), Notro offers a clean, black & white design that will ad some contrast to your screen. Some people aren’t into so much color in their icons, so this is the pack for them.

END_OF_DOCUMENT_TOKEN_TO_BE_REPLACED

If you haven’t figured it out by now, I love Android. I don’t hate Apple, but I love Android and though it’s for many reasons, one huge reason is customization. If you get bored of your device (which tends to happen to me) just change it up! Install a new launcher, throw on an icon pack, switch out the font, and bam! You have a new (feeling) device! If you want to get a little more crazy, you have the option to root, and from there, the possibilities are endless. But for now, I just wanted to highlight (in no particular order of rank) some of the icon packs that I’ve run across in a quest to freshen up my device – and by the way, they’re all free! Below are the first five of ten icon packs. I’ll be posting the second half later so the post isn’t so long!

If you’re looking to really stray away from the OEM look, maybe try out an icon pack that offers a super-clean, minimalistic look with solid white icons. I like this one particularly because the opaque background helps the icons stand out on almost all backgrounds.

Flat is the new black. Flat + circles = “whew, that’s good looking”. The Zolo icon pack will give your device some character with the vivid colors and included 450 “cloud-based” wallpapers!

END_OF_DOCUMENT_TOKEN_TO_BE_REPLACED

Monday night, the latest installment in Better Call Saul, Episode 106: Five-O, aired on AMC, and wow – what a revealing episode! The further we go into the season, the more we start to learn about the cast, which is great for fans of the show, as well as fans of Breaking Bad. Last week we got a deeper look into the character of Chuck, and this week we learn a lot about what makes Mike, Mike.

I don’t want to go into as much detail as the last Better Call Saul review when it comes to the plot, because I strongly encourage you to watch the episode to get all the details that can’t come through in a blog post. But, to get an idea of what went down, here is a synopsis.

The show starts off with Mike meeting a lady at a train station who we soon figure out is his daughter-in-law. Throughout conversation at the station and later at the lady’s house, someone named Matty (Matt) is brought up. The episode gives us clues along the way that Matt is actually Mike’s son and has been killed in the line of duty as a police officer in Philadelphia – following in the foot steps of his father.

END_OF_DOCUMENT_TOKEN_TO_BE_REPLACED 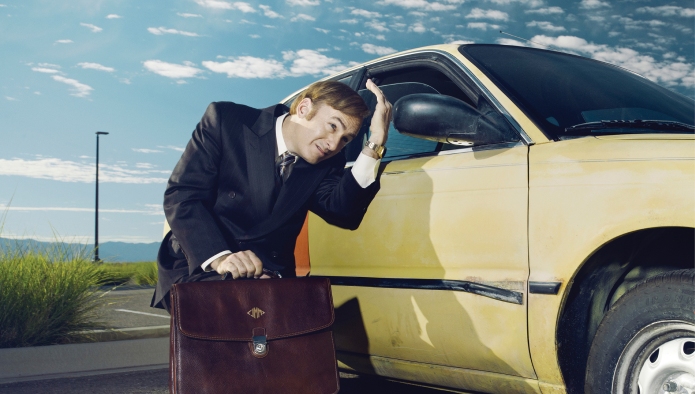 For any of you ‘Breaking Bad‘ fans out there, I hope you’ve made the transition over to ‘Better Call Saul‘ in the last few weeks. The show at this point needs no introduction, so lets jump right into it. Fair warning – spoilers will ensue. Monday night, the latest episode in the first season of ‘Better Call Saul,’ Episode 105: Alpine Shepherd Boy, premiered on AMC. This is episode has played a tremendous role in setting the stage for the rest of season.

Thanks to his billboard stunt in the previous episode, Jimmy (played by Bob Odenkirk) gets to meet with a few potential clients. Two of the depicted clients are a little nutty, but Jimmy finally makes an honest dollar when putting together a will for an elderly lady. After his incident with the local authorities at the end of the previous episode, Jimmy’s bother Chuck (played by Michael Mckean) is hospitalized.

END_OF_DOCUMENT_TOKEN_TO_BE_REPLACED 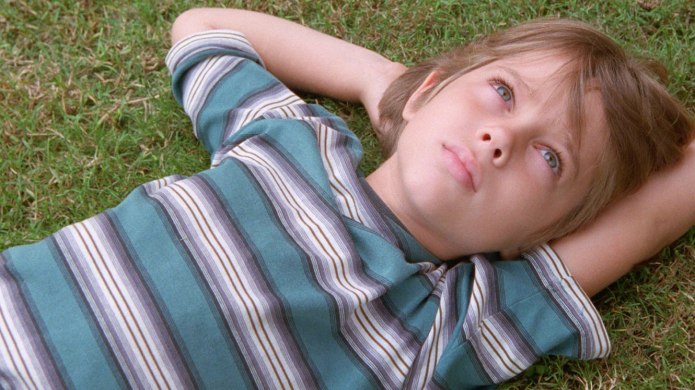 So I may be a little behind the times when it comes to the Oscar-nominated film ‘Boyhood,’ but after recently watching it, I felt it was big enough that I wanted to write a review/post about it. By now, you most likely already know the plot line for the movie, but just in case you don’t, here is the gist of it. Set and filmed over the course of 12 years, ‘Boyhood’ follows the life of a boy named Mason (played by Ellar Coltrane) from childhood into his young-adult college years. The story is set in varying parts of Texas and features a main cast of his mother (played by Patricia Arquette), sister (Lorelei Linklater), and father (Ethan Hawke). Following this cast and the characters they portray over the 12-year span, you are given an inside look at the struggles they face as a family and how real-word issues have an impact on all parties involved.

The most astounding thing (for lack of a better word) to me about this film is the sheer commitment, dedication and work that was necessary to achieve such a long-term film. 12 years is how long it took to make this film. For 12 years, these actors, directors and producers dedicated their time to a project in which they would not see the immediate result of. Getting caught up in a day-to-day hustle, some of us (myself included) can lose interest in projects that last longer than a week, maybe even a couple of days. The fact that those involved in this movie, especially the actors, managed to hold their interest and keep their characters as they, themselves grew in the real world, absolutely amazes me and deserves all the attention it has received.

Ellar Coltrane throughout the filming of ‘Boyhood’ – photo credit KentuckySportsRadio.com